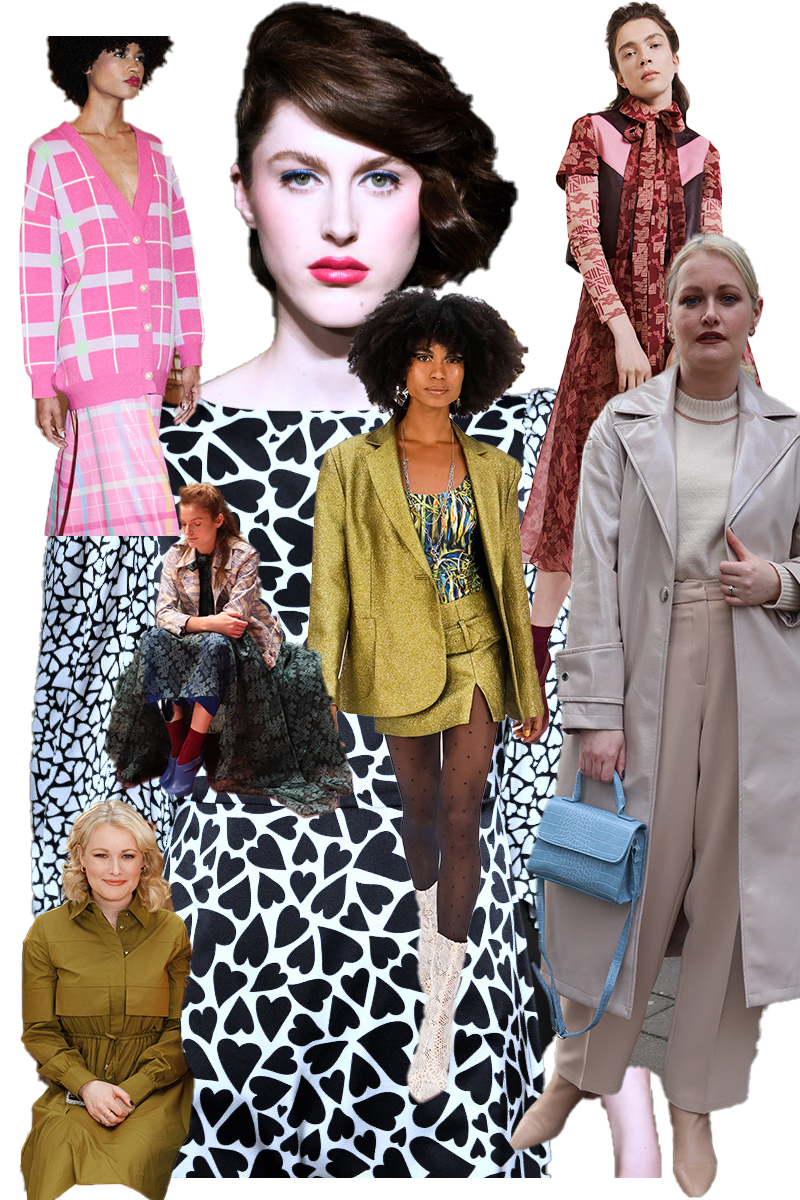 Firstly, I am losing my voice. Not only from non-stop chat, but from the deluge of rain that swamped London Fashion Week AW20. It wasn’t so much about fashion than it was Storm Dennis taking over the catwalks. Yes, we all got drenched. But that did not phase the fash pack, including me, from getting to see a preview of next season. In my first blog post containing my highlights, I’m sharing some of high points from the catwalk in my view (I’ll also be doing a post on beauty). There were some shows that I had hoped to get to but didn’t thanks to ticket fiascos, not writing for a print publication and, putting it bluntly, disorganisation in some cases. Fashion week can be a battle to justify your presence to PRs and designers who don’t know you.

THE LUCK OF THE IRISH

It started with Richard Malone on Friday (who eventually went onto winning the coveted Woolmark Prize on Monday) who gave fabric a whole new meaning. Malone’s sustainable work ethic is incomparable; working with weavers who only use plant derived dyes, mills who have regenerative ethics such as sustaining land and reusing water. Katie-Ann McGuigan is another champion of new era manufacturing lining her puffer jackets with re cycled plastic bottles. Inspired by photographer Tom Woods and his work surrounding imager of working life in North London during the 1980s, McGuigan took details such as print and textures from furniture to capture her inspiration and channeled this through geometric patterned skirts, trench coats and tops. The mood was so clear. Knitwear is hand knitted in London using recycled yarn and screen prints are all locally sourced. This was exquisitely presented and it’s no wonder that she has been featured in CREATE in Brown Thomas each season. Richard Quinn’s ‘House of Quinn’ was extraordinary. In fact, I got emotional at the finale. Quinn’s work is like taking a stroll through the most lavish fashion fantasy, adorned with millions of Swarovski crystals, pearls and corsets. His trademark covered faces in florals and leather added to the extremism. It’s funny how a collection can pull on your strings. This one was something I won’t ever forget. I sat at the afterparty seeing the man himself mingle and chat to guests in his own relaxed style, baseball cap and all. I admire his approach to his work, and from what I could see, life.

I love eighties music and my ears were in utter delight to listen to the amazing soundtracks at the shows. Olivia Rubin’s entire collection embodied emblems of the era’s most remembered fashion; polka dots, shocking pink, clashing prints and the mini dress. Paul Costelloe’s dramatic in house-designed graphic prints coupled with mannish wool coats and short suits was an unexpected turn for the Irish designer who said he wanted to cater to the pre and post sport individual. I really want to play dress up in this whole collection.

I found it surprising how season-less some collections were. Not the usual dark shades punctuated by heavy and dramatic fabrics or outerwear. Ok there were lots of coats, but I rather liked the softness that flowed among names like Bora Aksu, whose layering using a combination of fabrics, embroidery and prints portrayed soft feminine drapes. Lighter tones such as lilac and soft blue and pink combed their way through each layer of tulle and organza. I used the term whimsical on my Instagram Stories, but maybe ethereal is better. Despite the drama, the same can be said for Erdem.

More to come later in the week when I chat about the beauty trends I loved!