When you hear the word filler what’s the first thing you think of? Up until a few weeks ago, I probably thought the same as you. Bigger lips, fuller cheeks and even the insert to your eyebrows. I’ve known several people in my personal life and those I follow online who have had some kind of filler and the results have been amazing. Whether they did for vanity or confidence, they look good. I have also seen some awful jobs, but I am not here to judge. What I want to share is my own experience with filler and how it can do so much more than plump out your bottom lip. 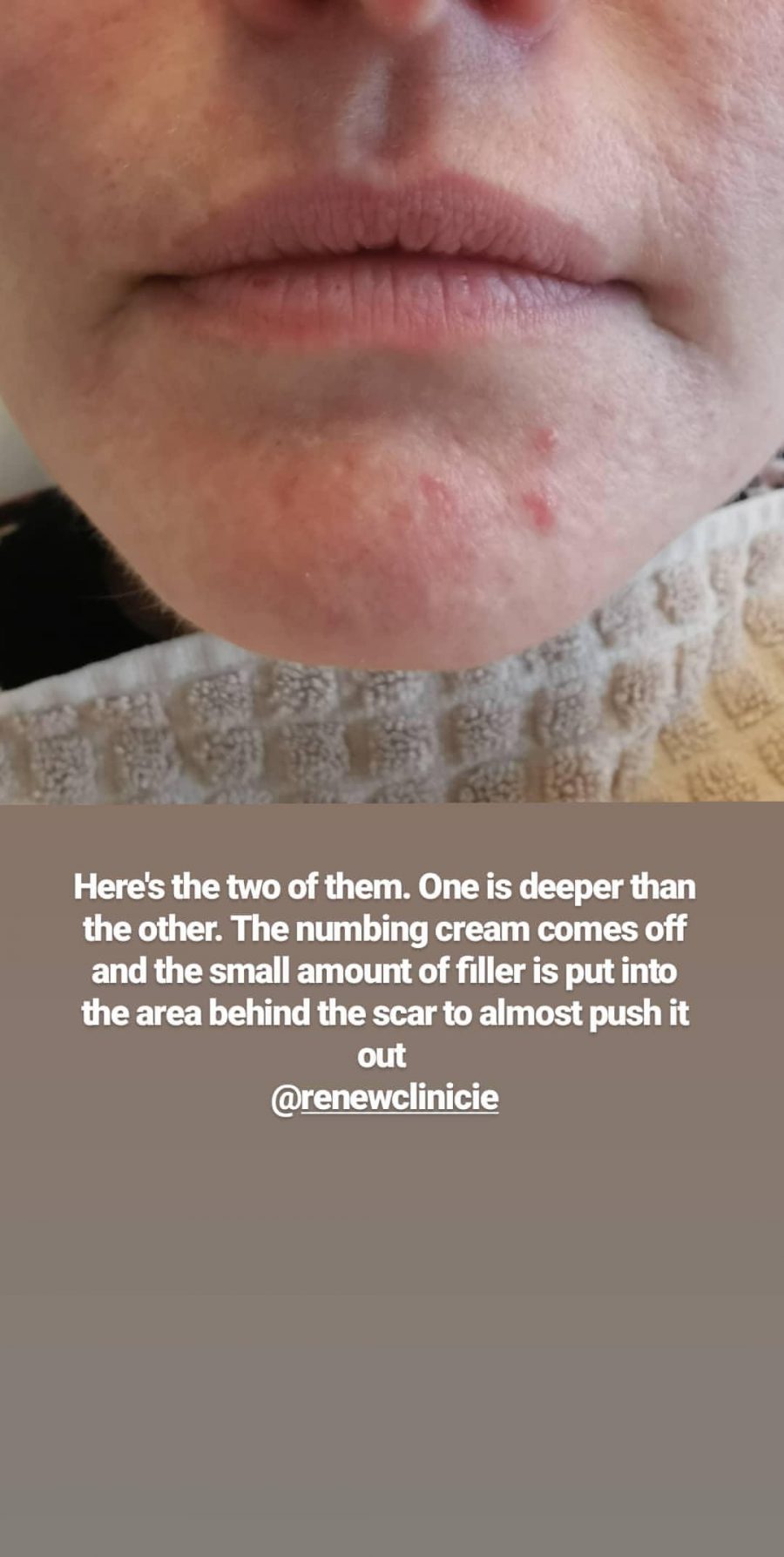 I have talked at length about my issues with my skin and how as, I got older, it got angrier. After three years of the right balance of treatments, supplements and skin care, it’s now settled. OK I get the odd spot but my hormones control those ones, and I’m not going to mess with them. One lingering after effect of troubled skin in my twenties was some scarring. To you, there is nothing there. But I see them. Not only in their physical form, but I see them in the emotional turmoil and confidence-beating effect they had on me. It’s stayed with me, but that’s for another day. These small scars are not only annoying to me, they don’t allow my make up to sit right in my view. Two of them have been more profound than others. And it’s their location that has bothered me. Either side of my lips were two deep lines that were once the parents of all pimples. I’ll never forget them. There was one on the side my nose that did the same. But the ones on my side of my lips were more severe, and they actually made me feel like my mouth had started to down turn. Now that was not the case but the positioning of them, and the fact that they have deepened as I have gotten older contributed to their visibility. They seemed to get worse when my skin was dry too. So I needed to find a solution and the solution is two fold.

Part one has been done and I love the results. That’s where the filler comes in. In my favourite skin clinic, Renew, I had a consultation for filler to see if it would plump out the skin behind the scars to even them out. A couple of small pricks of the needle into my skin at these points immediately did just this. One thing to point out is that this procedure just plumps, it does not remove the scar. But with the filling in, so to speak, the skin does look smoother and I no longer have a frown. This is step one, that can last about 6 months. 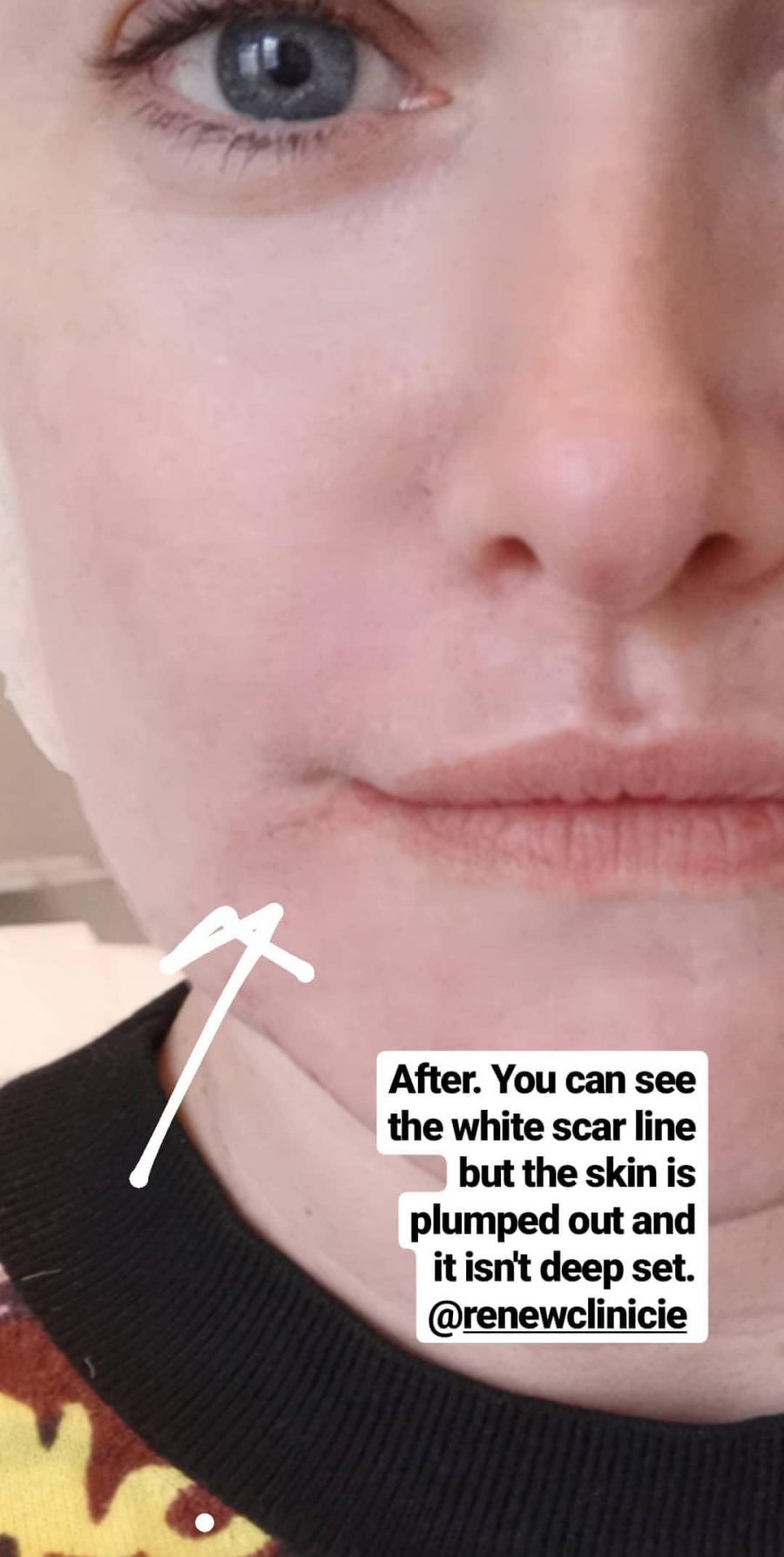 Part two is more long term, and that’s micro needling, and I start that this next week which I will continue to document. Micro needling has plenty of fans thanks to it’s ability to give improved skin texture where there are open pores and scars. The process doesn’t sound nice but I did have one done before and it wasn’t too bad. What can only be described as a “needle roller” is moved over your face; this injures the skin which in turn repairs itself. It is an organ after all.

You can see from the before and after below that there is an improvement after the filler, but we are just at the beginning of the latest skin adventure.