Chatting with model, actress, musician and part time photographer, Suki Waterhouse was the most lovely experience. In Kildare Village to help launch “toast to chic”, I spent an hour or so with Suki talking all things fashion and fun. Being in Ireland was no strange experience to her, given that she was here for two months filming Love Rosie, playing Bethany in the adaptation of Cecilia Ahern’s novel. Suki says she has had this “mad itch” to pursue acting, and her first experience being “on a movie set for longer than two days”. Prior to her role in Love Rosie, Suki was in Pusher also staring Paul Kaye, but filming in Ireland was a different experience for her, and one she says she particularly enjoyed. 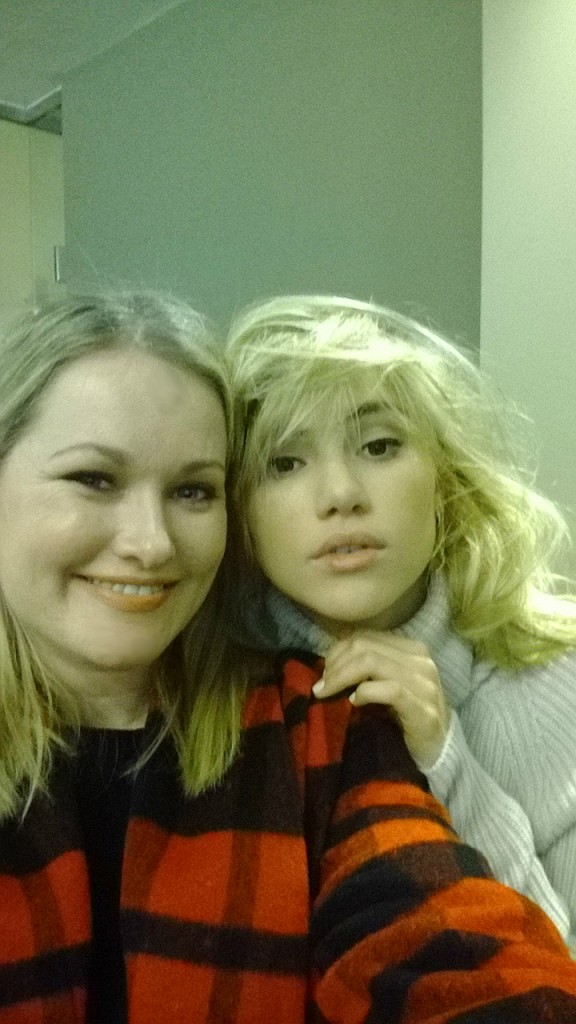 But movie talk aside, I wanted to know about her love for fashion. She tells me she was scouted on Oxford Street, which has led to campaigns for Burberry and French Connection amongst others, building quite the repertoire as the model of the moment. I ask her how she describes her style, “it changes depending on where I am, and what’s in my suitcase’, says Suki. “I recently watched Never Been Kissed and became obsessed with Drew Barrymore’s style”. As to her go-to, “ never fails” outfit, she explains she has, like most of us, sisters who help themselves to her wardrobe, but goes for “what’s clean and at the front of the room”, which provokes me to giggle at just how down to earth and grounded she is for someone who is very firmly in the spotlight. She confesses she is still very much a tomboy but has a soft spot for Sandro and Maje, but while at Kildare Village indulged in a little investment in some pieces from Churches.

At this point, I was completely drawn into Suki world, with her casual demeanor and being a very easy conversationalist. Being that she was helping launch Christmas at Kildare Village, I couldn’t help but ask what was on her Christmas wish list, expecting it to be some coveted, must have piece of fashion, but no. Suki, being the creative soul she is, seeks a tripod for her camera (to enhance her photography!) and an easel. Simple requests for someone whose prominence in fashion, is the result of an elfin-like appearance, and who could not look bad in a picture if she tried. Aligned with her creative tendencies, Suki’s latest hobby is music, having played a recent gig in London. She says it’s early days for this side of her life just yet, but when she has the bank of work, she’ll happily talk about it. Her musical and fashion icons couldn’t be more of a juxtaposition, with the subdued but devine, Lou Dillion, and rapper Angel Hayes.

I left our conversation very much enlightened and reassured that Suki Waterhouse is going to survive the world just fine. With a love for Rice Krispie cakes, and a casual propensity to swear, Suki’s ability to garner a following is only just beginning.