Getting backstage at London Fashion Week is always a treat; it gives you an insight into exactly what it takes to put together the ten minutes of models walking on a catwalk. It’s not just about the clothes which I think, as consumers, we can forget. The whole look is what it is about. The designer has a vision of his woman; he or she knows their inspiration and to showcase that they need a team of hair stylists and Make up artists to help achieve the vision, and make it a reality. 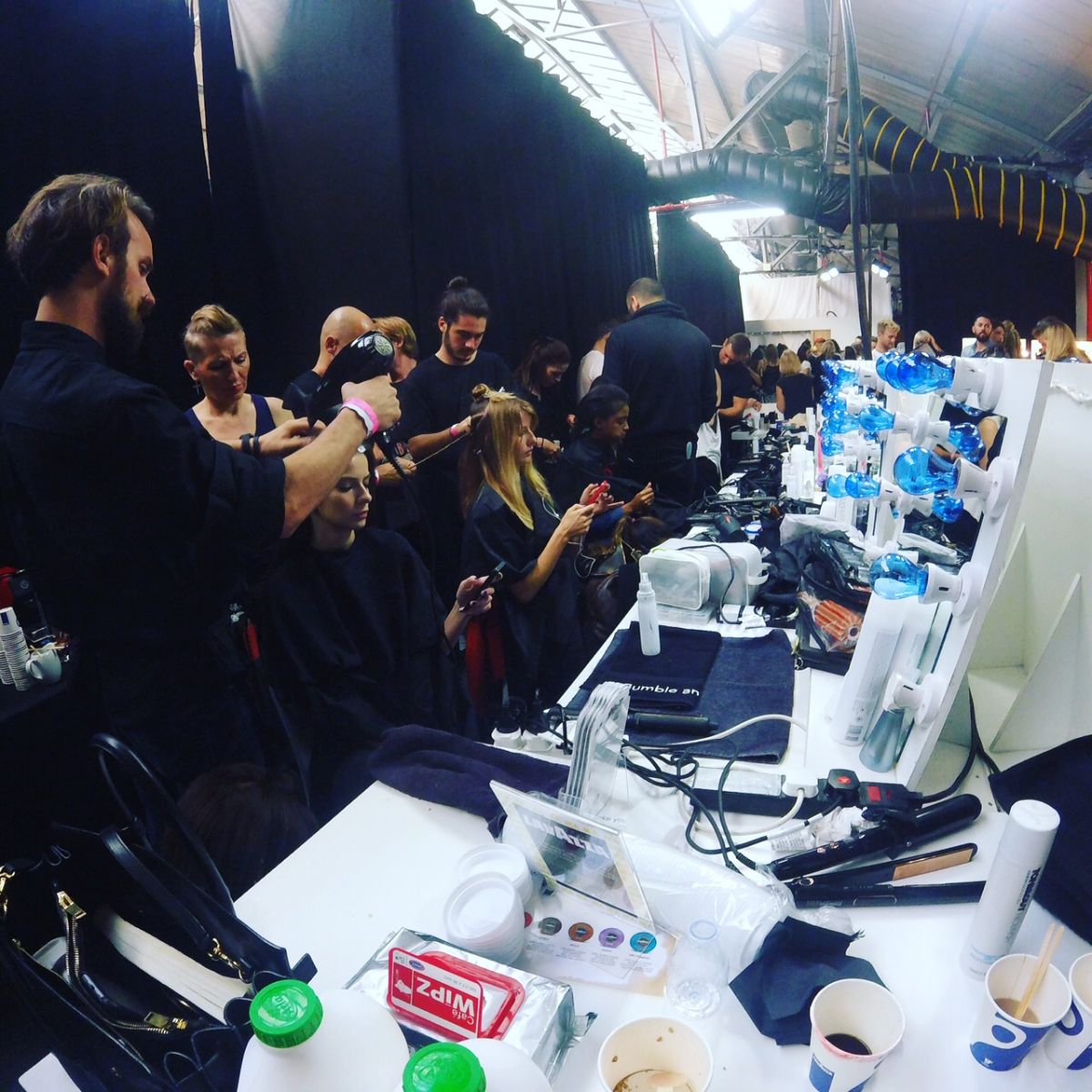 This season I was invited by Vidal Sassoon to go backstage to get a sneak peek at hair for Issa London and Joseph, which happen to be two of my favourite collections, and I am NOT JUST SAYING that. In charge of hair is a man I’ve met many times before at shows, Duffy. As the brand ambassador for VS, he is responsible for taking the professional products to create the designers vision for the hair.

Duffy is a great guy, as well as being one of the biggest and most respected hair stylists in the world. We get a long really well, and chatting to him backstage is like catching up with a friend. Always greeted with the biggest hug, and an innate and genuine appreciation that you are there to see his work. Despite the stress of such shows, Duffy doesn’t show it. He works with this team of stylists intently; direction is clear and concise, the product of which is hair that we will all want come Spring Summer 2016. 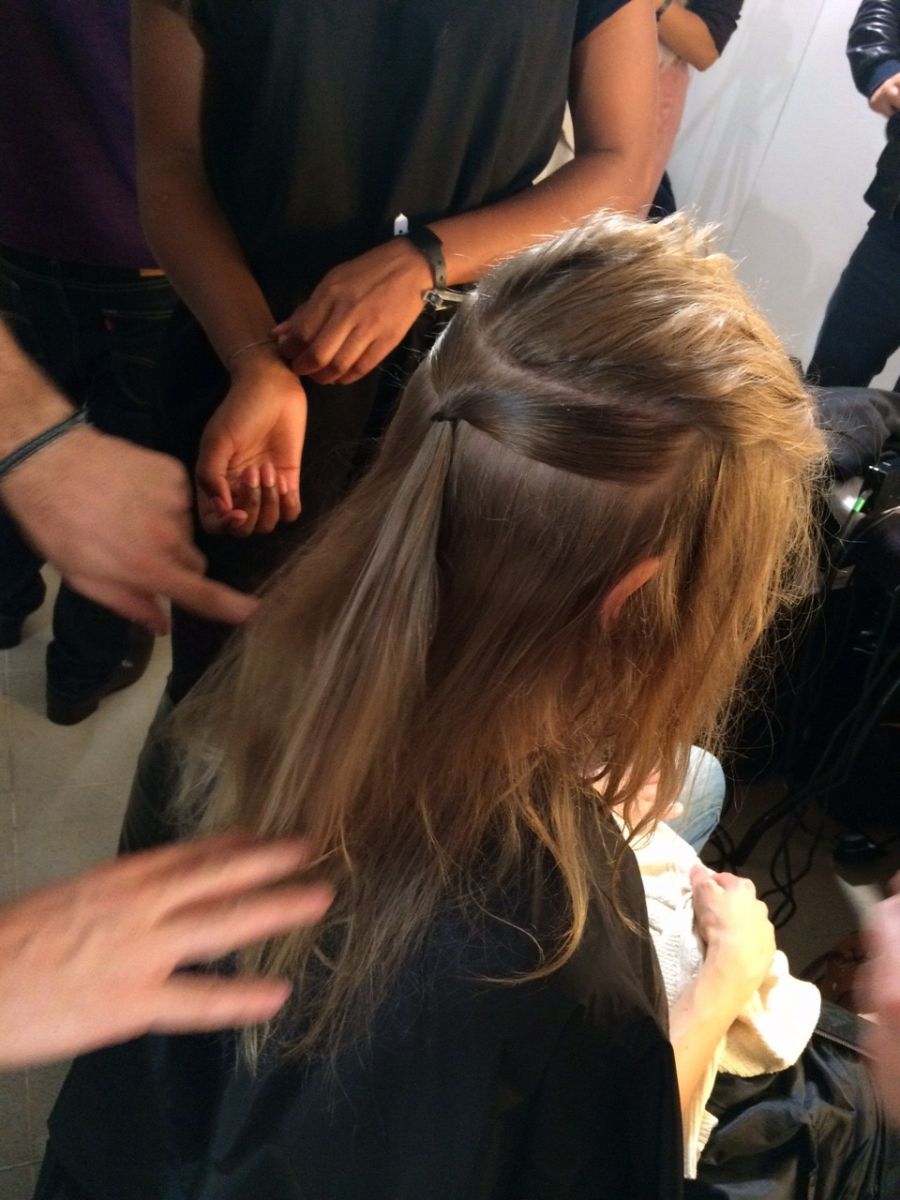 The looks for Joseph and Issa were of a similar vein, but with subtle differences that aligned with each collection perfectly. One of the final shows of fashion week, Joseph is a relaxed, more laid back aesthetic. The London based label is stocked at Brown Thomas, and each season it never fails to make me have total fashion envy. I want it all, I want to be the Joseph girl. 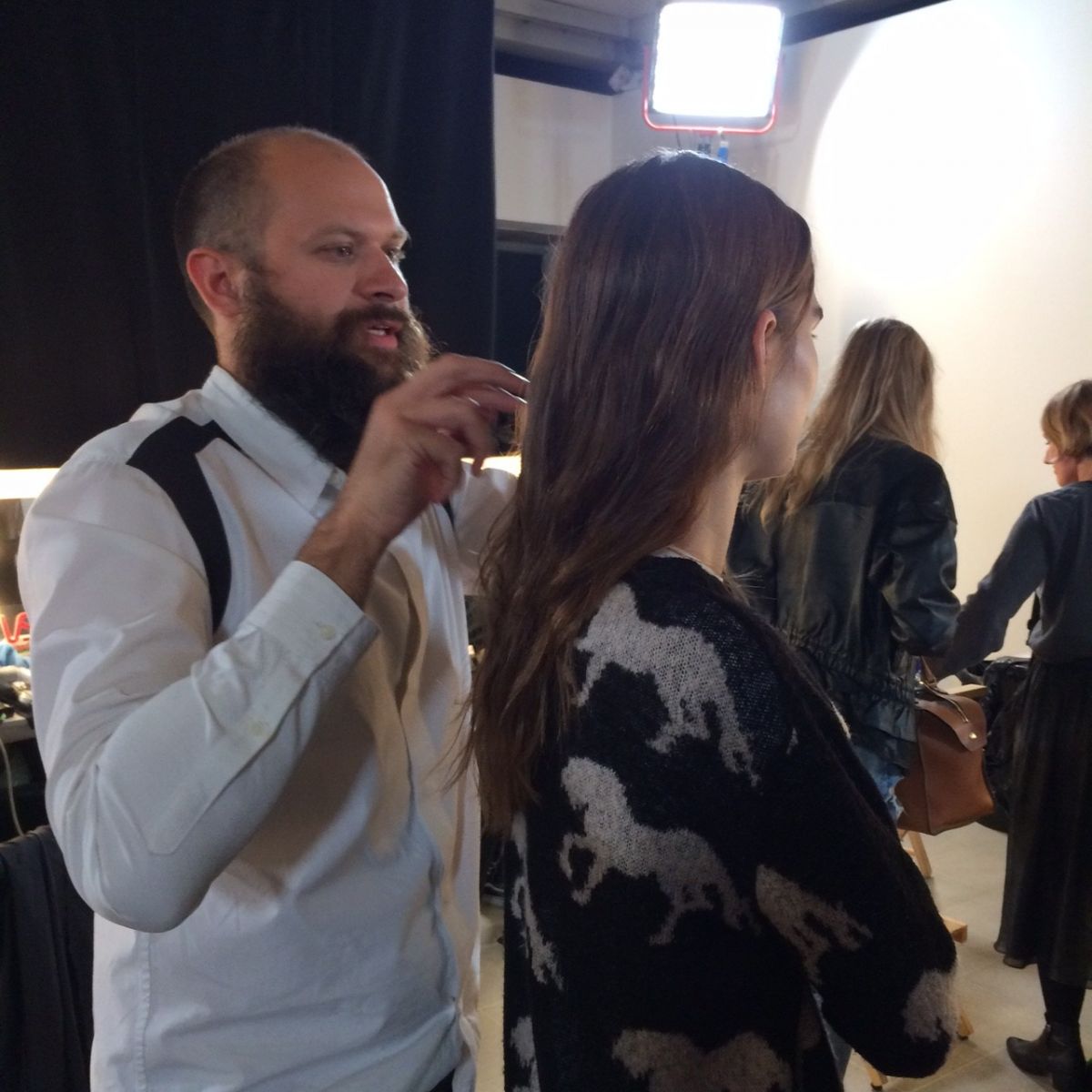 Duffy wanted to exude young, virginal hair that looked aerated; albeit when the model walked the light breeze from the catwalk would great a light billowing effect to channel the minimalist, ethereal look of the collection.I asked Duffy is it like having the day-old-hair look but deliberately? Apparently, I hit the nail on the head.

With my sincere thanks to the team at Vidal Sasson, Ketchum and Burrell PR for inviting me x