I’ve known Chupi Sweetman-Pelle for a few years, and I even styled a shoot for her back when dress design was her thing. Now the well known Irish designer has graduated to a new platform, and retrained as a jewellery designer, and last week launched her Winter jewellery collection in Dublin. 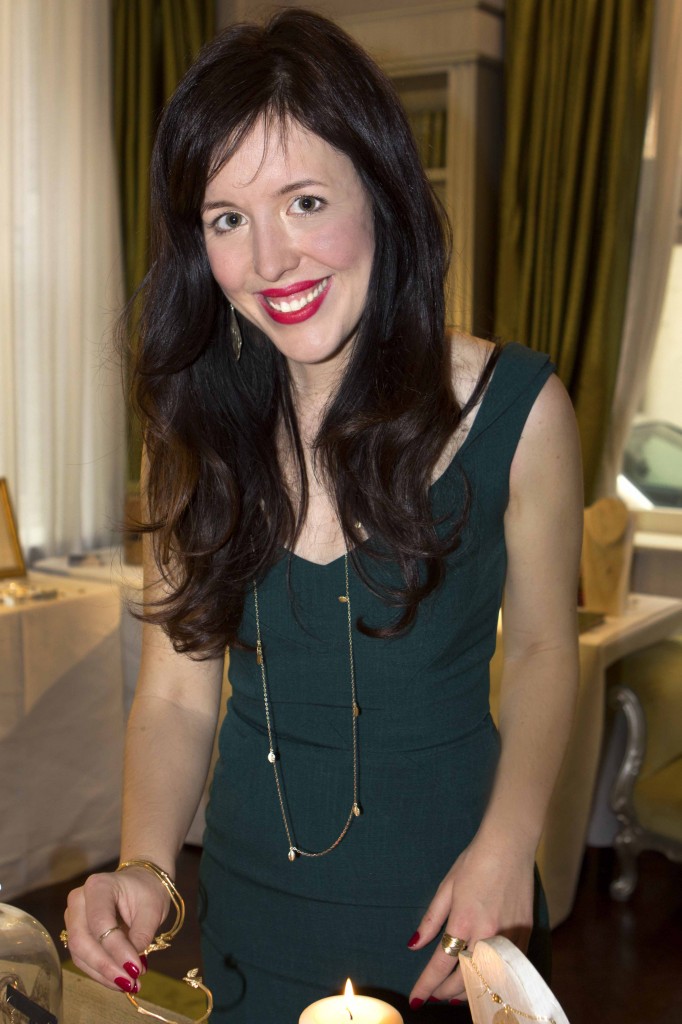 From pretty bird pendants, elegant gemstone earrings and initial rings, each piece is carefully considered and thoughtfully designed. Chupi began making jewellery from various items including swan feathers, tiny twigs, acorns and leaves. Each item is a labour of love, crafted and manufactured in Ireland and each with a story to tell including Chupi’s iconic swan feather ring – a ring cast from a real swan feather found along Dublin’s Canal Bank. A staple in the collection, Chupi’s rings are an heirloom in the making, designed to be worn and loved but made to last a lifetime and beyond.

“As a brand, Chupi is committed to making Ireland a success story. From the beginning when we were a fashion concession in TOPSHOP until now as jewellers, we have ensured that all our manufacturing is kept in Ireland. When the recession hit the high street, we saw a gap in the market for design led high end jewellery and just went for it! It’s been so exciting to embrace a new form of creativity.”