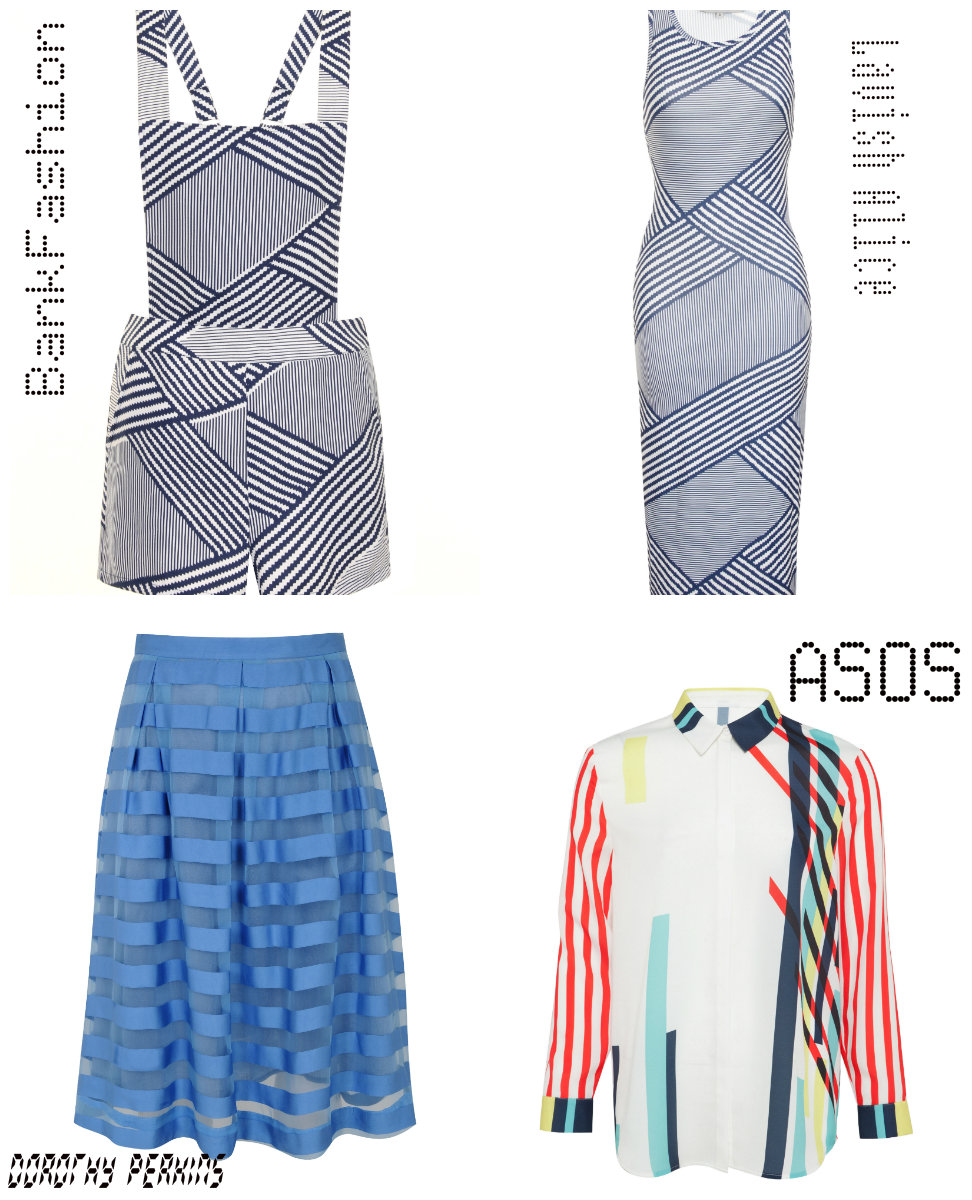 Some Wimbledon Final Style to start your week? Oh yes please. So it was the Wimbledon final yesterday and I was gripped. I’ve loved tennis since I was little and even though I was no Sharapova I’d like to think I aspired to be someone like that. I still dream on the day of the final what it would be like to win it. Could you imagine what kind of a feat that is to an athlete? All the training, the sweet, the tennis balls and destroyed rackets culminating in that moment when the world stops to watch you as you serve for the Championship. Sorry, back to reality. As well as the tennis I was gripped to the style in the Royal Box, in particular from Posh Spice who looked absolutely stunning in a navy, white and tangerine panelled dress reportedly from her own collection. Panelling is so flattering and with this diagonal style worn by VB, its not going to emphasise the wrong bits (unlike its friend the horizontal stripe which we don’t like). So if you wanna get the VB look, here are some of my favourite panelled looks to channel your inner spice girl.