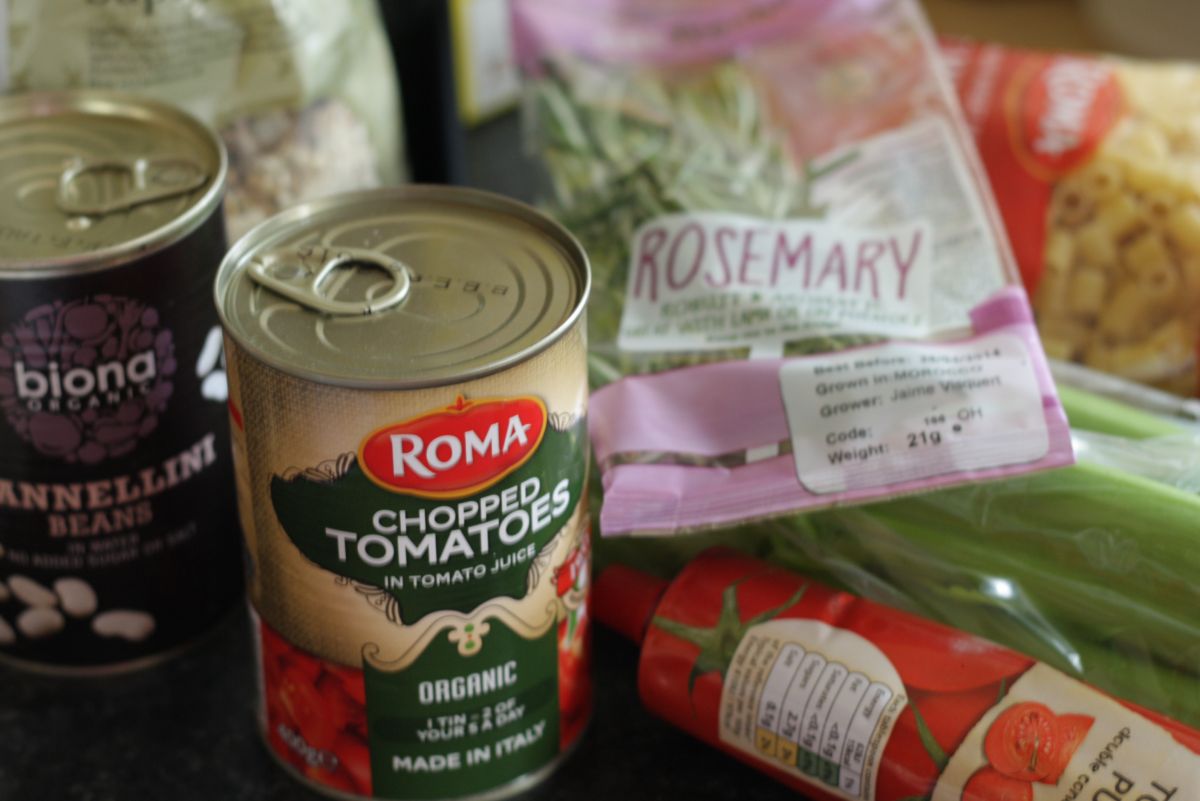 I recently found a recipe (from a visit to Catherine Fulvio’s Ballyknocken House) for Tuscan Bean Soup which I had been meaning to make for some time, so there was no time than a sunny Bank Holiday afternoon to make this for supper. I love Catherine’s food and style of cooking .

This Tuscan Bean Soup is one such recipe. So here goes my attempt at it! What do you need?

200g of streaky bacon (I used Tesco’s own brand)

A tin of cannellini beans (Catherine’s recipe is for dried borlotti beans but I couldn’t find those, so I googled the alternative!)

An onion, chopped finely (I left that out as I’m not an onion fan probably to the detriment of the flavour!)

A tablespoon of tomato purée

A tin of chopped tomatoes (Roma make tasty ones!)

About a 1.75 litres of chicken stock

Salt and pepper to taste 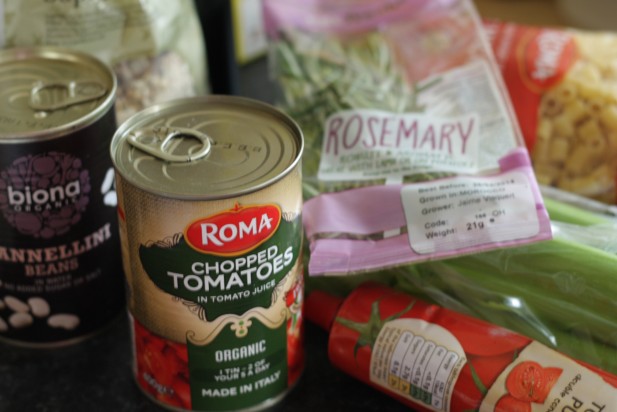 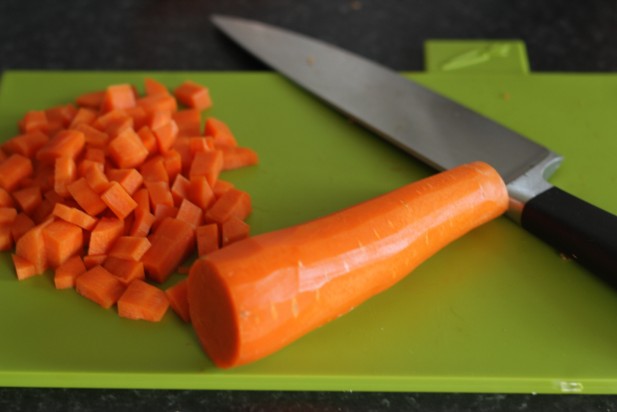 Get a big pan, and put the hob to a high heat, and add the oil until it makes noise (that sizzling sound). Then pop in the bacon, carrots and celery and let that cook for ten minutes. In the meantime, strain the beans and rinse in water in a sieve and have those ready, and have the pureé measured out and the tin of tomatoes opened! During that ten minutes (I know there is a lot to do!) boil up the water in the kettle and make the stock.

OK, so your ten minutes are up now, and it’s time to add the tomatoes, beans, purée, rosemary (whole!) and the stock. Give it a stir and bring to the boil. Once it’s boiled, turn down the heat and simmer for another ten minutes so all the veggies cook. Here comes the tricky part! 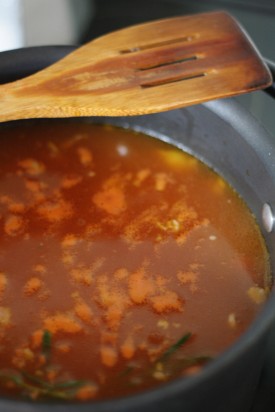 Don’t forget to take out the rosemary!

Take out the rosemary! After the simmering, ladle out about a third of the mixture and chuck it in the blender to make another form of a purée. Honestly, it doesn’t look that great but it should smell delish. Bear with me, your tuscan bean soup is nearly there. After a spin in the blender, add that mixture back into the saucepan and add the macaroni pasta and cook for fifteen minutes.

And ta-dah, that’s it! Give it a taste and add salt and pepper to your liking! Serve it up with lot’s of crusty bread!

PS the above makes enough for about 6 people! Although, I’ve eaten most of it on my own.