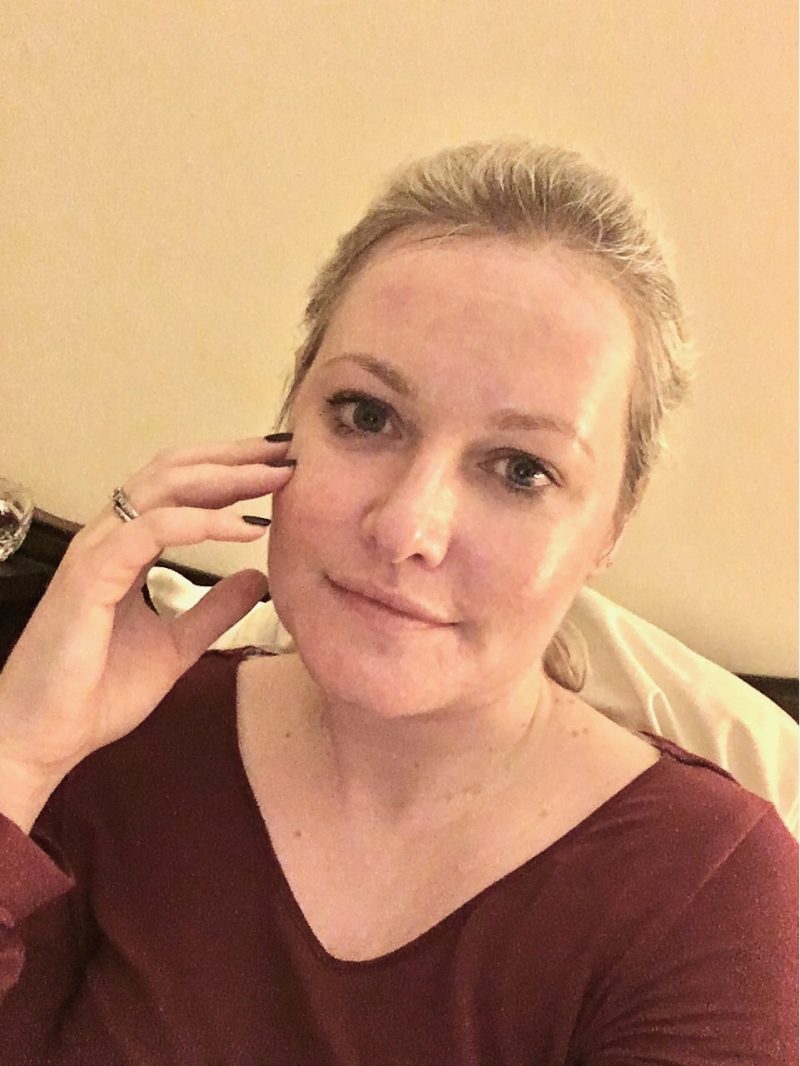 I’ve always had skin that doesn’t want to be clear. It’s terrible that in my early thirties a girl can’t catch a break from spots. Thankfully, my face is doing ok. I’ve been having some skin-changing treatments with Renew Clinic over the last nine or so months which has changed the texture, feel and appearance of my scarred skin. Acne hit in my teens but hit harder in my twenties and decided it liked me too much. Not only for hormonal reasons, but for, well, I don’t know honestly. I just got hit with pimples all the time. And not just on my chin; my cheeks and forehead were also pimple target zones. I never really had the right balance of treatments and having seen dermatologists when I was younger it was never severe enough to warrant medication. Not that I would have taken it anyway. I like topical treatments. With a combination of facial peels and IPL my skin is what I deem normal. It feels hydrated and smooth. And that has never happened before. I wish things like Retinol were around when I was younger. It would have done my confidence a world of good. I didn’t have much when I was a teenager and one story sticks out.

We all played spin the bottle at some point right? Well I remember taking part in what I now see was a bad idea given my self-esteem at the ripe old age of 13. There were seven girls in my class and when the bottle landed, the boy it landed on chose to take a dare rather than the other option. His dare was to rank me in the order of how pretty I was in comparison to the other girls. I got number six. Not last, but not a great result either. Pretty game not strong. I was 13, and it hit me hard. I’ve never forgotten it. It might sound silly to be still talking about a primary school thing, but sometimes it’s those that stay with you the longest. I spent a lot of that summer questioning what was wrong with me to a point where I didn’t like looking at myself. 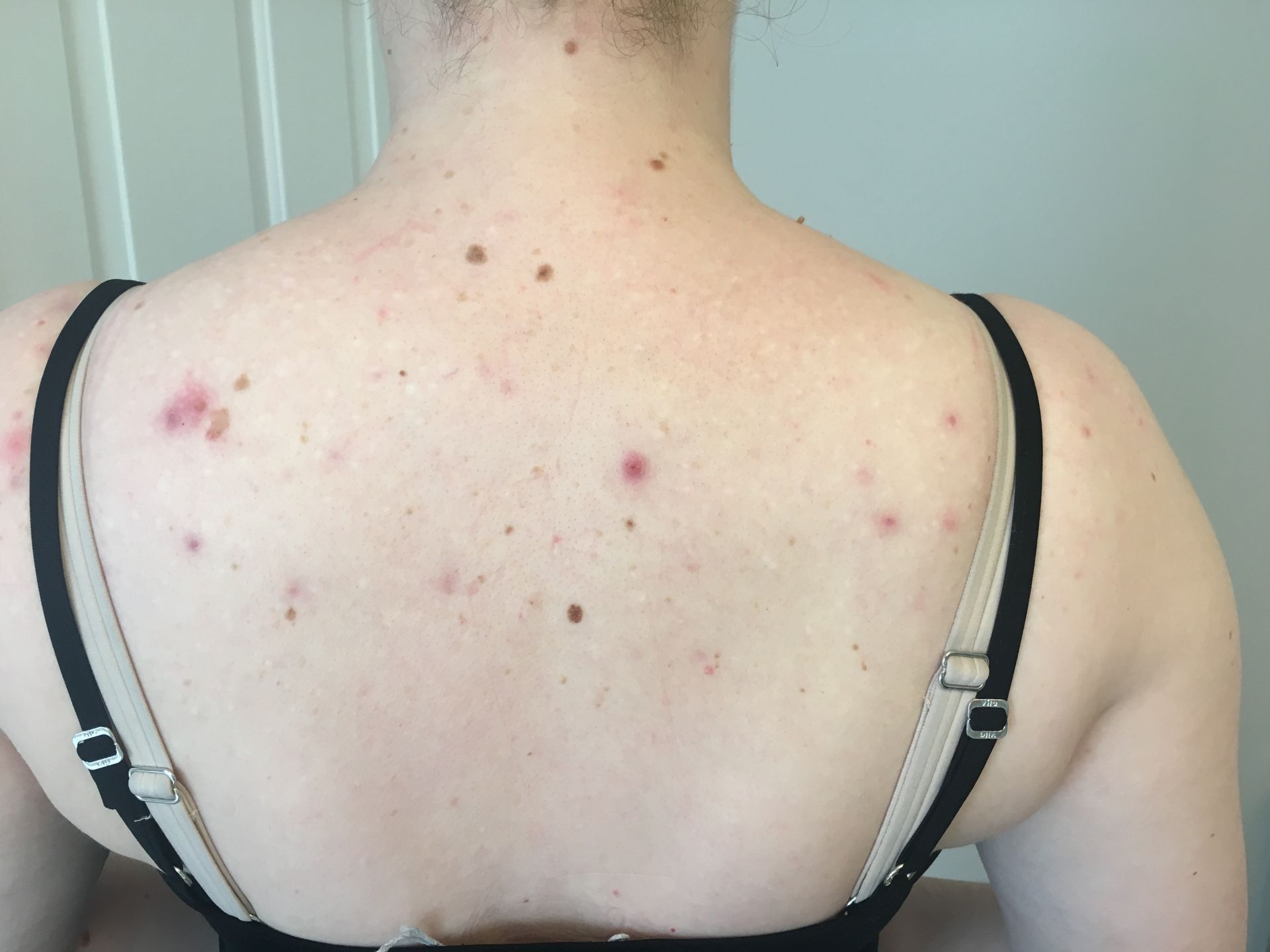 I decided my skin had to have something to do with it. And it wasn’t just on my face. My back was also a problem. And so to my next point. My back never cleared up. So much so, I never expose it. I wear tops and dresses that cover my shoulders and to mid way down my back. I just can’t look at it. So it’s kind of like that summer all over again in some ways. But I’m taking action. So I’ve learned that peels also work on your back. Now our skin is certainly thicker at that point so it takes some time for those gross looking pimples to go away (why are they always huge?) and for the scarring to clear. Nicola, the fabulous nurse at Renew who has expertly performed all my treatments has explained that back skin doesn’t do that wallpaper thing my facial skin does after a peel. It reacts differently. I’ve one treatment and one week on, they spots are angrier but clearing slowly. And as I’m trying to talk about this honestly, I’m showing you a picture of it before my first treatment and I will be documenting my progress with it. Hopefully by the summer, it will be no more. As will my memories of that day at school.