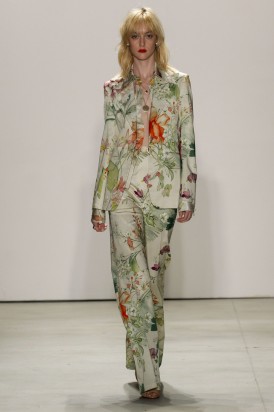 The collection, balanced between the feminine and masculine, demonstrated Packham’s ability to design for all fashion preferences. Trouser suits with oversize spring prints contrasted against a more fluid, languine cut of evening gowns. 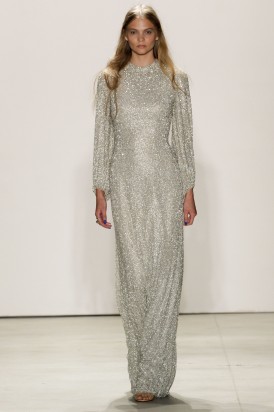 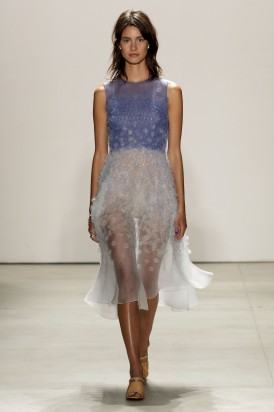 Sheer and high shine fabrics punctuated the more formal exits of the collection with my favourite being a full length shimmering silver gown (which also had long sleeves, another positive). But back to the trouser suit for a second, the showstopper was a black jacket and trouser combination with a red floral motif which I can see being worn on a red carpet in the not too distant future. 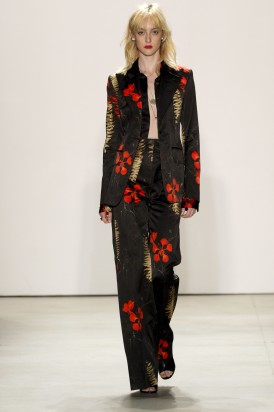 Modern icons were a source of inspiration including Mick Jagger, Patti Smith and Nick Cave, whose stellar fashion status in the 20th century have been reinvented in Packham’s new season.