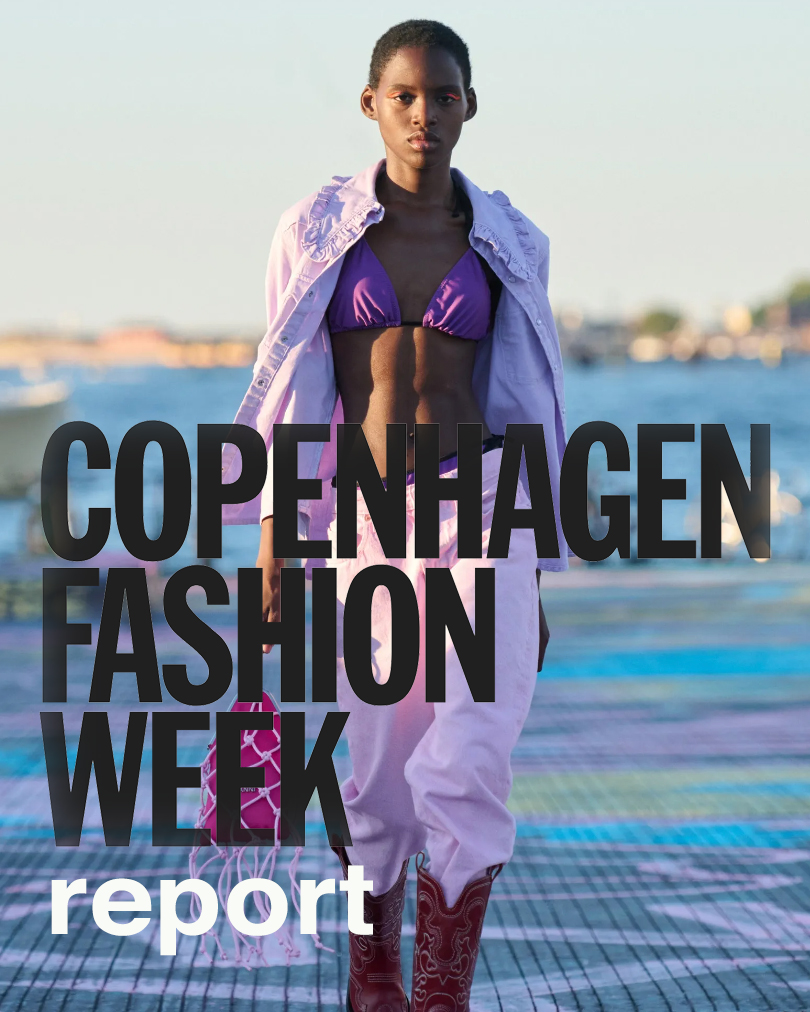 Copenhagen Fashion Week has been no ordinary display of next season’s collections. It’s far cooler than that. CFW shows have an effortless, “I really don’t care”, confidence that makes it just, well, cool. You only have to look at the Ganni finale where models were either on, or wheeling a bicycle as if this happens at every fashion show. I’m actually struggling to put into words just how hypnotising I find all of this. I’ve never been, and every year, I make a promise that I will go. Instead I am a sofa-viewer from afar, drooling over the styling and moreso, the street style. Having attended fashion week’s in Europe over the last ten years, I’ve watched the demise of street style. London Fashion Week’s former home of Somerset House was the hub of action. I don’t think a lot of people there even went to a show, they just went to see and be seen. I loved it. Copenhagen is filling that void that London has so sadly lost (mainly due to location changes and perhaps a lack of a big sponsor, if I hazard a guess). CFW’s headline sponsor is Zalando, who also hosted the Sustainability awards. This year’s winner, Ranra, was heralded by the judging panel for the brand’s localised supply chain and its genderless collection. Design partners, Arnar Mar Jonsson and Luke Stevens win €20,000 and a partnership with Zalando.

Style seems to have found a vibrant home in CFW both on and off the catwalk. Instagram accounts such as The Style Stalker, champion the stars of fashion week. Caught off guard (or perhaps not), the images are a lookbook of how to style a great outfit without looking you’re trying too hard.

Funda Christopherson and Mie Juel captured my attention with their laid back, but perfectly put together looks. Plain tees and wide leg neutral toned trousers never looked so good. To designer duo, Thora Vladimars and Jeanette Madsen of Rotate are the risk takers every season both in their personal style and in their collections.

Emma Chamberlain posted one of the first images I saw in a Ganni sweater vest with lilac jeans. She followed up in a Ganni SS23 yellow dress for the show styled with red cowboy boots. It’s like every where you look, there is another fashion statement. The difference is, it looks natural.

To the catwalk, and I can assure you, fashion is in safe hands. Boutique favourite, Baum and Pferdgarten broke down some walls with colour combinations of purple and almost-teal, with an 80s inspired double-jacketing (ok I’m making up these words now). Layer an oversize purple leather jacket over a mini blazer dress and suddenly you’re looking at the 2023 version of Pat Benatar. Ganni had a similar vibe but married sporty attire with their staple dresses and denim. Ganni, as a label, has hit superstardom since its birth in 2009. Again I’ll mention the bicycles. Stine Goya’s combination of soft, voluminous silhouettes and tougher pieces like cargo pants exudes what I love about fashion; contrast.

Next year I am taking another vow to go to Copenhagen. I’ll probably end up sitting in a coffee shop admiring the style and wishing I was rich to buy everything. But for now, I’ll settle for inspiration.