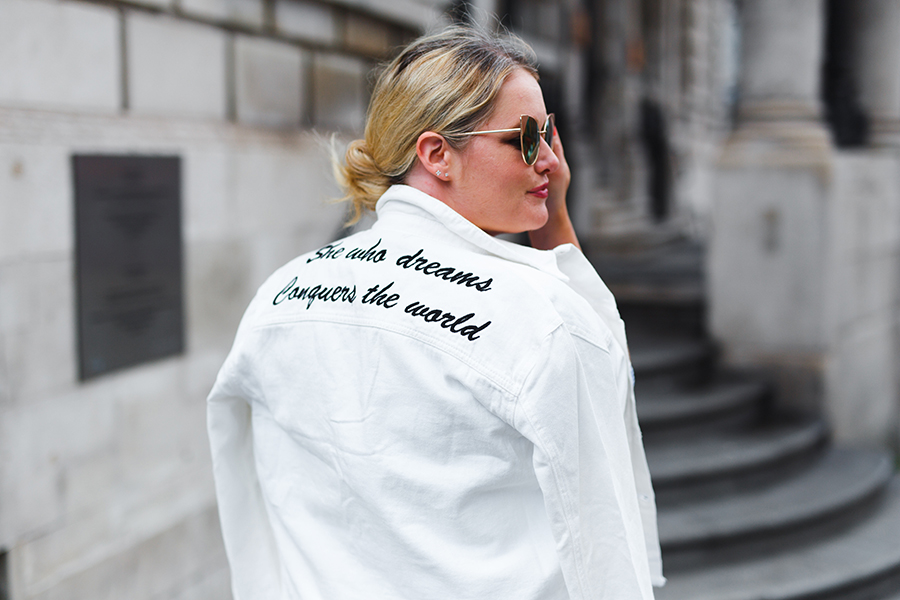 If you look up the definition of the noun anxiety you’ll be met with the following sentence: “a feeling of worry, nervousness, or unease about something with an uncertain outcome”. In my experience, it’s all those things, and then some. Sometimes I don’t think ‘nervousness’ or ‘worry’ are capable of describing the feeling of internal combustion. I’ve written about my battle with anxiety disorder several times, but over the last couple of weeks I feel the need to re-emphasise the impact of anxiety and its symptoms on everyday life. I went through a period of time when I was simply afraid of, well, to put it bluntly, life. Every morning I woke up to that tightness, that fear, that all consuming feeling of terror in my heart and in my head. Did I want to wake up like this? No. Did I know how to get rid of it? No. Did I want to get rid of it? Yes. And that’s what did it for me; the motivation to not live in fear of everything.

I remember my first panic attack all too well. I had gone to Chicago with my boyfriend (now husband) in April 2008. I hadn’t travelled long haul in about five years and I simply forgot how to manage jet lag and not let it disorientate me. On the first evening, having just arrived, we went out for dinner. Tiredness began to hit me and my body and mind were confused. But my mind wasn’t strong enough to know that it was just the time difference, and there was nothing physically wrong with me. I felt like the ground was moving (severe tiredness) and I was dizzy (again, tiredness). But I thought something awful was happening to me and the adrenalin rush began. My blood pumped at rapid speed, my heart felt like it would come through my chest. I was in a cold sweat, and I was breathing at lightening speed. I was going to be sick. And I was. I ran outside and got sick on the side of the road. Panic, in my body, gives me lots of horrible physical symptoms, between vomiting and diarrhoea. The problem with this is that it drains you of every ounce of energy you have when you keep having panic attacks. Food goes through you. So this led to another mental problem. And needless to say, I didn’t enjoy that Chicago city break.

Since anxiety was having a physical impact on my body, I became afraid of eating in case I just got sick. So what did I do? Stopped eating. And as you can imagine, that was. not. good. I didn’t want to eat in front of people in case I threw up all over them. Going to restaurants was an absolute no-no. The one thing I used to love was dinner dates and now I feared being sociable. I declined every invitation to lunch, dinner, and sometimes even coffee. The confines of a restaurant made me claustrophobic. I still shudder at how afraid I was. My safe haven was my apartment. I felt so comfortable and secure there, so that’s where I stayed. I didn’t go out. When I was in my previous career I was sent on work trips abroad. And they terrified me. I would lie awake for nights beforehand in the height of anxiety. “How am I going to eat?”. “Will I be able to skip the dinners?”, or my favourite line of self-questioning, “Can I just pretend I’m sick so I can’t go?”. I’d be lying if I said I didn’t use that one a couple of times. But at the time when mental health wasn’t as openly spoken about as it is almost ten years later, I used to use tummy bugs and colds as my excuse. Not ” Sorry I can’t go on this trip as I am suffering from panic”. That would not have been accepted as an excuse, contrary to what you might think.

One of the reasons I decided to write this post today, is that I’ve had a little return of the anxiety I had all that time ago. But now, my attitude is so completely different. I know that that nothing is wrong with me, and I can manage it to allow me to get on with my life without lying down and giving up, and even disappearing for a few weeks down to my parents. I’ve been honest before that I take medication and probably will do for the rest of my life to help with the chemical imbalance it turned out I had after a psychiatric evaluation in 2009. That was one bit, the other is confidence. I’m a more confident women now in my mid-thirties than I was as a confused twenty something. I made changes – I left my job taking a massive pay cut, but I didn’t care, my health and happiness was far more important to me than earning piles of money. I just wanted to make enough to have a comfortable life, that gave me my smile back. As well as my appetite, which I can assure you is beyond big now. Fitness has also been a saviour – if I feel troubled, I go to the gym and work out. I like to sweat out that negative energy. It also helps me sleep and handle even the mildest of stressful days.

But one thing I don’t want is for people to tip-toe around me as I have acute anxiety disorder. I’m still an independent, and modestly tough girl when I need to be. I can fight my battles, work my projects the best I can, and challenge doubt. If any kind of stress, bewilderment or anxiety crosses through your life, talk about it. Tell someone so you don’t have to face this fear on your own. I did, and it was the most productive thing I’ve ever done.